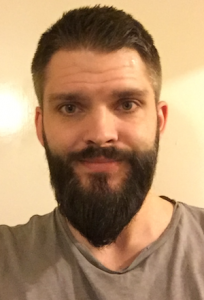 I joined the lab in November 2016 on a ESPRC funded fellowship, working with Andrew Millard and Nick Waterfield.  My project focuses on developing synthetic bacteriophages as a means to combat antibiotic and phage resistance in bacteria.

Prior to beginning at Warwick, I received my BSc (hons) in Biomedical Sciences from Northumbria University in 2011.  I then moved to the University of Aberdeen, where I worked in the laboratory of Daniel MacQueen as a research assistant looking at vertebrate phylogenetics.

I then joined the lab of Ben Dickins at Nottingham Trent University, where I did my PhD.  I investigated the consequences of evolution at a high mutation rate, using an experimental evolution system with bacteriophage ΦX174.